The Lutanda Children's Home was first located in Wilson Street, Wentworth Falls (in the Blue Mountains).

Miss Florence Dalwood had worked in the George Muller Homes in Bristol in the United Kingdom and wanted to establish a Christian home for 'needy' children. 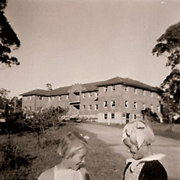